Translated from Turkish by Translators of Justice.

Ali Çerkezoğlu, Secretary General of the Istanbul Medical Chamber, stated that the chemical ingredients of water sprayed from riot control vehicles had caused severe reactions, with water from the water cannons causing skin burns in many people. As well as the injuries caused by these chemicals, police attacks on hospitals clearly shows that the state has committed war crimes in Taksim.

Speaking to the radio station Açık Radyo, the Secretary General of the Istanbul Medical Chamber said that, from the outset of the demonstrations, the figures given by the Governor of Istanbul regarding the number of injured had been ridiculous, adding: “one night, while we were dealing with 700 injured people, the Governor said that 160 police officers and 15 demonstrations had been injured; their figures do not reflect the reality, we are facing such a severe attack that the figures more than double in a matter of seconds and those who are injured do not have the opportunity to go to a hospital.”
Çerkezoğlu noted that some people had been shot by plastic bullets in the hip or had broken legs. He added “I am not referring to minor injuries; contrary to the Governor’s statements, there are people who are seriously wounded.”
Doctors have not been able to provide regular polyclinic services for days; they are taking care of the victims of state violence…
Çerkezoğlu said, “There are doctors from all around Istanbul asking where they should come; on the one hand we are proud of this service, but we are also suffering. For the last 20 days, we have not been able to provide polyclinic services since we are trying to take care of patients who are the victims of police violence, who have been injured by the violence that the state inflicts on its own citizens”. Çerkezoğlu made a plea stating, “The solution to put an end to people suffocating from gas or being injured is very simple: end the police violence”.

The ingredient of the water sprayed from the water cannons is now different
Çerkezoğlu said, “The water sprayed from the water cannons contains acid; this is not something new”, adding, “a variation of tear gas that causes reactions is used; this time, however, we have observed that those exposed to the water suffer severe pain unless they take off their clothes.”
“This is the first time that such a level has been used; the water that was used previously did not cause such reactions,” he said, adding that the doctors are “anxious, worried and sad” about these developments. Some doctors state that the acid added in the water used in the water cannons is an acid called Solvent and that the skin burns are a result of this substance. Gas used by police is indicated to be “pentium acid operation gas”, and those exposed to the gas are advised not to drink water for 30 minutes. 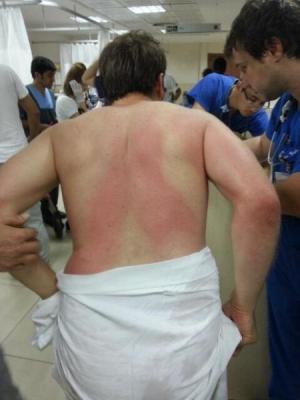 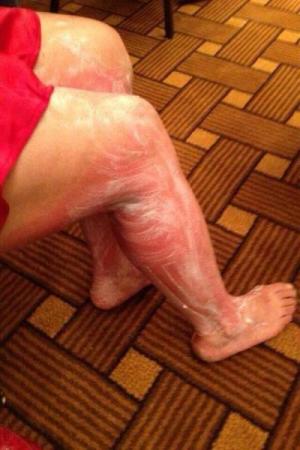